Name:  Mudala Diallo
Age:  23
Weight:  235lbs (around 600lbs when in were lion form)
Height:  6’ 3” (around 7’ 7” when in were lion form)
Hair:  Black (golden brown when in were lion form)
Eyes:  Brown (green when in were lion form)
Nationality:  Tanzanian (African)
Family:  Mother/Nontondo Diallo (deceased), Father/Jabari Diallo (deceased), Brother/Kofu
Powers & Abilities:  Superhuman strength, speed, agility, and senses.  Concussive Roar.
Weaknesses:  Silver
Origin:  Shape-shifting into a were-lion.  Mudala despises human flesh but if absolutely necessary he will consume it.  He prefers to feed mainly on wild game.  He possesses superhuman strength, speed, and agility and boasts razor sharp teeth and claws with a jaw powerful enough to even bend steel.  Mudala is very well educated.  As a scholar he reads constantly.  He knows many languages.  Arabic, Swahili, French, English, Greek, Italian, Russian, and Spanish.  He has the ability to project his roar with fantastic concussive force.  Strong enough to cause massive landslides shatter glass and even bring down buildings if he aims it precisely.  He uses the ability sparingly because it takes a lot out of him. 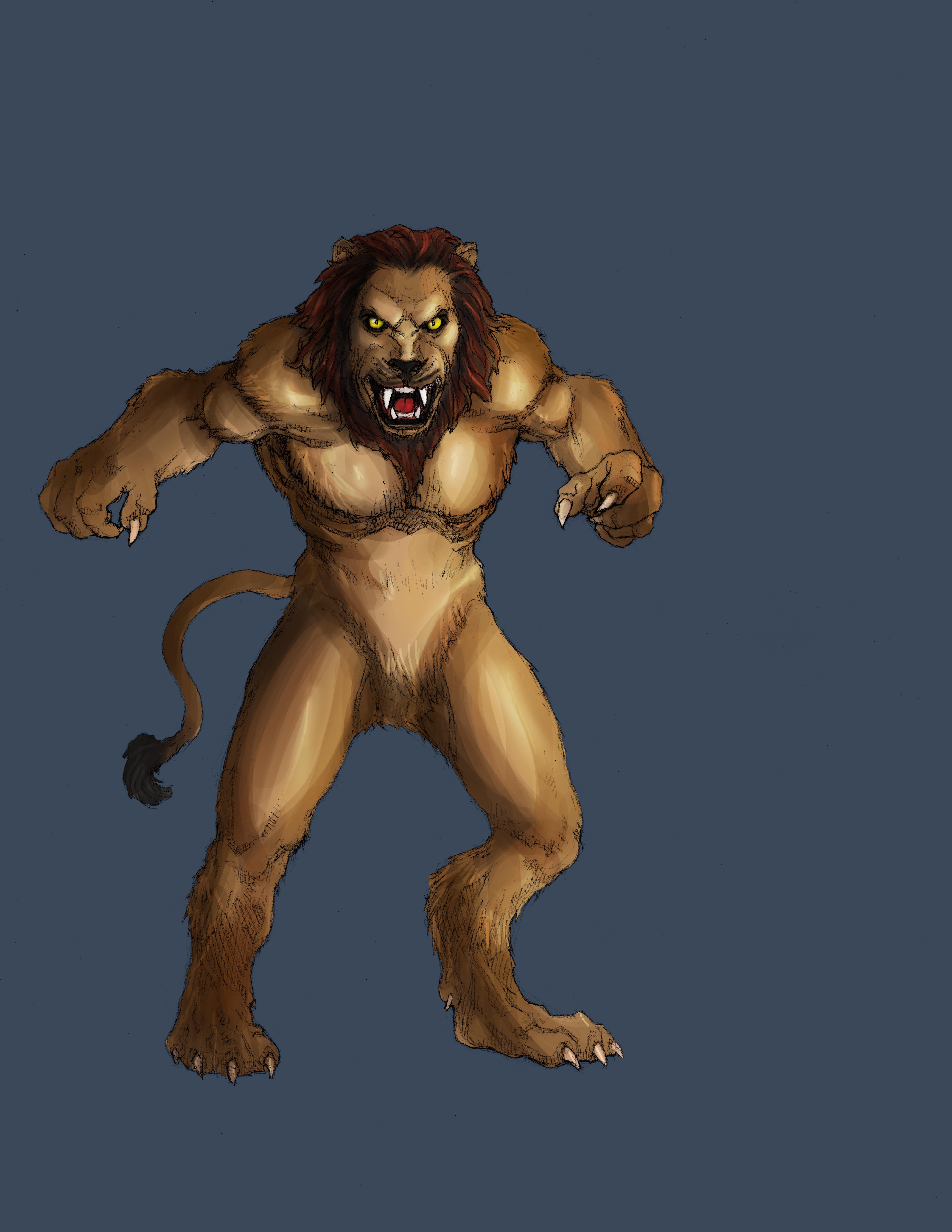