Hair:  Reddish brown (Brown or white depending on temperature in were-bear form)

Kody is a were-bear.  He is immune to most toxins and poisons due to his veracious diet and ability to extract nutrients from almost anything.  He is among the most versatile shape-shifters alive.  His senses are heightened, but his main sense that he utilizes most is his sense of smell.  He can track anything up or down wind within 50 miles with almost radar like accuracy.  His thick hide protects him almost like an armor of sorts.  His slower metabolic rate causes his wounds to regenerate slower than other shape-shifters.  He feeds more than most shape shifters to keep his vitality and to fuel his regeneration. 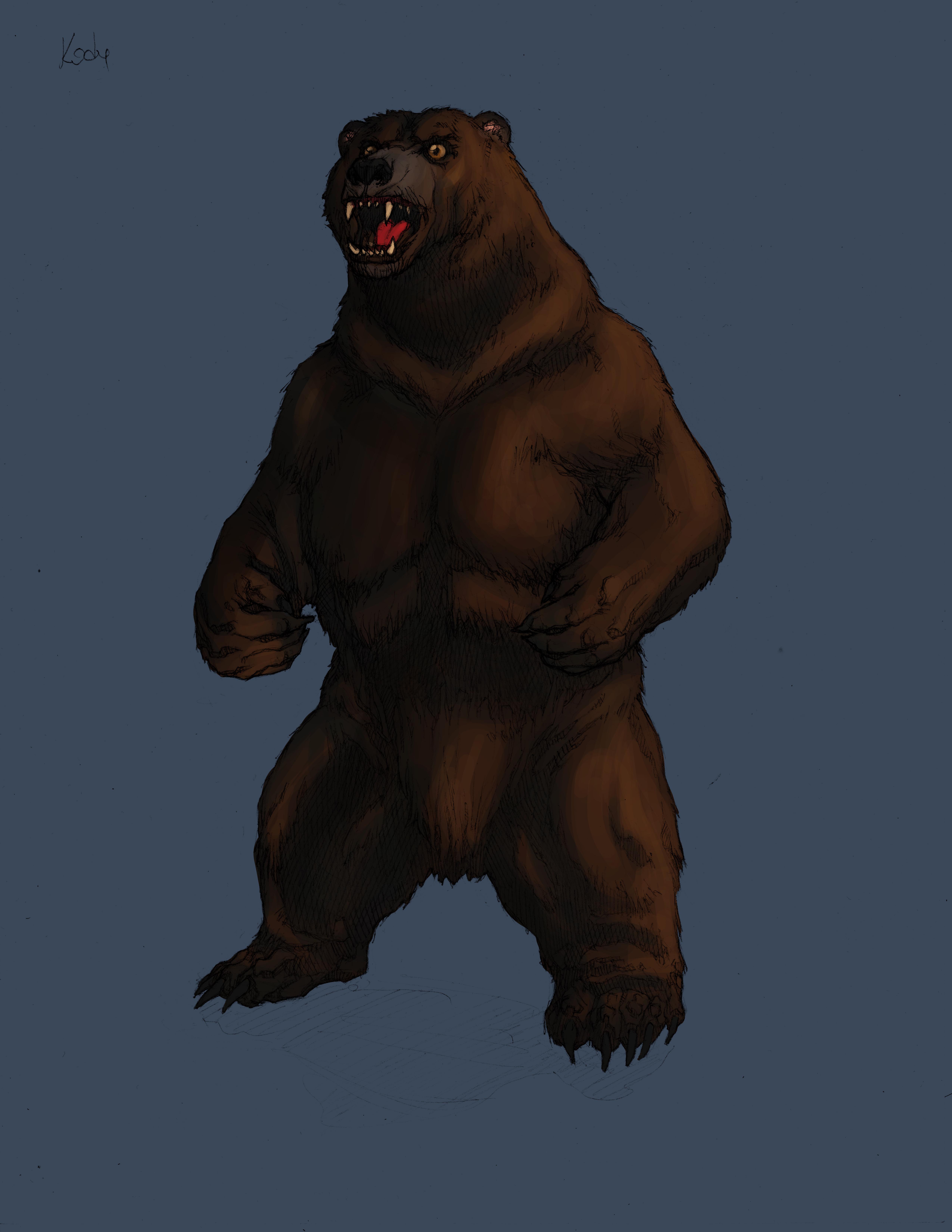